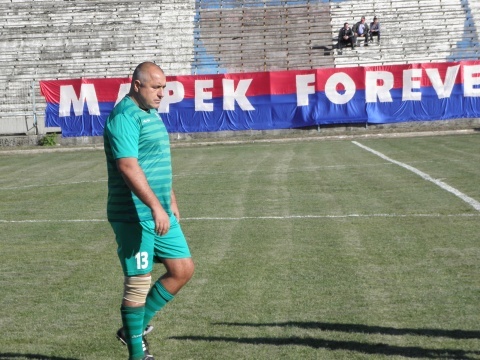 Bulgarian Prime Minister Boyko Borisov has declared he sees nothing wrong in the fact that his amateur football team has been flying around on the government's official Airbus.

On Wednesday, it was made clear that Borisov's lower-tier team Vitosha Bistritsa (affectionately referred to as "the Tigers" by the PM) was flown to the Black Sea city of Varna on the government aircraft to play a friendly football game.

"I see nothing wrong. I have allowed it (the plane) to be used by other football teams at least 20 times and I cannot see where the bias is in this case," Borisov told reporters later that day.

Unlike the aforementioned teams, Borisov's "Tigers" are not a professional football club.

Amateur striker Borisov and his teammates faced the team of Chavdar Etropole in Varna at the end of July. The friendly game was allegedly scheduled after Borisov lost a cards game against controversial MP Emil Dimitrov from the ruling centrist-right GERB party, who is the honorary president of Chavdar.

Borisov had bet to fulfill one wish of Dimitrov. The winner had then asked for the friendly game in Varna.

Borisov has claimed that it was the team from Etropole that paid for the luxurious trip. Both teams arrived on the government's Airbus.