Bulgarian Railways Give Up 1000 Properties to Get Own Subsidy 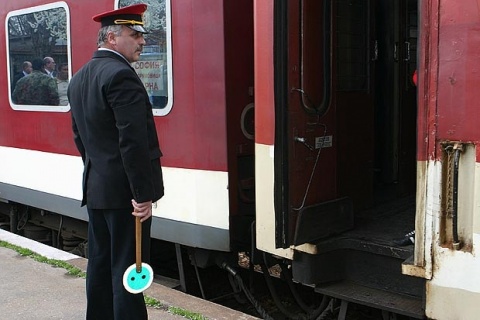 Vladimir Vladimirov, Chair of the Board of Directors of BDZ confirmed the transaction Wednesday, adding that the company was expecting to receive its subsidy for August too.

Finance Minister Simeon Djankov suspended the state subsidy for BDZ in mid-July because the company was not paying installments on a state-guaranteed loan of USD 80 M taken from the World Bank in 1995.

BDZ was facing a complete halt of operations but the subsidy payments were restored after an agreement with Djankov for a transfer of properties owned by BDZ to the Finance Ministry, news portal mediapool.bg reminds.

Some 1000 pieces of property, including the BDZ headquarters in Sofia, 14 holiday residences, etc., will remain property of BDZ, with the option of using them as collateral on old debts of the railway company.

The list of BDZ properties was  handed to the Finance Ministry Friday and the transfer of the state subsidy is already a fact.

Due to its poor financial condition, BDZ plans to increase train ticket prices by 10% as of January 2013.

According to Vladimir Vladimirov, the step is necessary because the company's revenues were hit by the inflation.

Meanwhile, it was reported that the new sleeping cars bought from Turkey will hardly be launched into exploitation by the end of the summer season.

Their condition is being tested by an external company and BDZ is still discussing the tariffs it will charge for the new wagons.