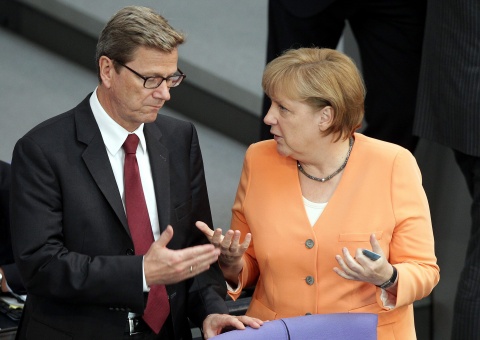 German Minister of Foreign Affairs Guido Westerwelle has spoken up in support of an EU Constitution to be adopted via popular referendum.

"I hope that we will one day have a true European Constitution, to be then decided by a popular referendum," said Westerwelle in an interview for Bild am Sonntag.

Apart from Westerwelle, who is representative of Germany's liberal Free Democratic Party, the idea for an EU Constitution referendum has also been backed by conservative Christian Social Union's chair and PM of Bavaria Horst Seehofer.

In the Bild interview however, Foreign Affairs Minister Westerwelle has stood up behind the Chancellor Angela Merkel cabinet's position against the issuing of eurobonds.

According to Westerwelle, Germany has shown it is committed to sensibly rescue financially troubled EU members, but eurobonds would "increase, rather than decrease the crisis."

The German Minister of Foreign affairs has on the other hand spoken in favor of further buying out of troubled EU members' sovereign debt from the European Central Bank.