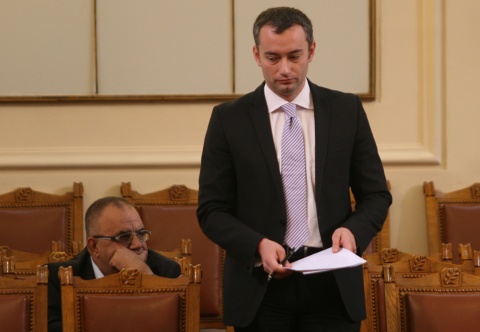 In one of its rare strong reactions to the constant anti-Bulgarian hate speech in Macedonia, Bulgaria's Foreign Minister Nikolay Mladenov has urged Macedonia to do away with ideological theses from the communist period.

Mladenov's reaction came in a special statement Thursday, in response to a number of publications in the Macedonian media (such as the one by the chair of the World Macedonian Congress claiming that "there are no Bulgarians living in Bulgaria") which themselves came after Bulgarian Members of the European Parliament raised in Brussels the issue of frequent violation of the human rights of Macedonians with Bulgarian self-consciousness.

"The reactions in the Macedonian media after the statements of MEP with respect to the violation of the human rights of citizens of the Republic of Macedonia determining themselves to be Bulgaria is causing grounded concerns," Bulgaria's top diplomat declared.

"While our entire region is shaking off its communist heritage, the attempts to use historical arguments from the period of the Comintern (the Communist International – editor's note) sound paradoxical," Mladenov added.

In his words, the "ideologization of history" has not helped anyone, and has not resolved a single major social or economic problem.

"Our neighbors and friends will benefit a lot if they look ahead instead of staring in the past through the prism of outdated ideological constructions," he added.

"It is unacceptable to exert systematic pressure, and to demonstrate intolerant attitudes towards legally registered organizations in the Republic of Macedonia such as the Bulgarian Cultural Club in Skopje whose activity is connected with human rights protection, and rule of law, and is aimed at bringing the two countries closer together," Mladenov declared.

"We are convinced that the acceptance and application of democratic values will create conditions for economic well-being, good neighborly relations, and a common European future," he concluded.