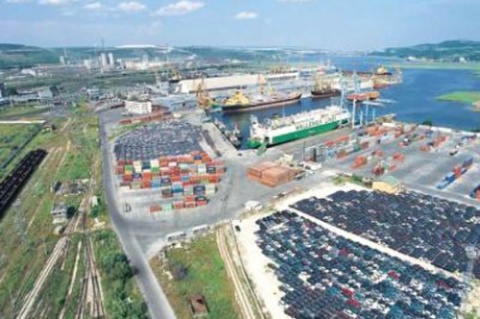 In July 2012 alone, Port Varna broke its record for monthly freight volumes by processing a total of 1.146 million metric tons of goods and raw materials.

In the first seven months of 2012, Port Varna processed a total of 5.350 million metric tons of goods and raw materials, which is a 16% increase compared with the same period of 2011, which itself was a very successful year for the port.

Port Varna has seen a growth in the volumes of almost all goods and raw materials that it processes – including grain, cement, sugar, ore, scrap, timber, oil products, and container goods.

The grain trade has especially boosted the freight volume of Port Varna with a total of 1.302 million metric tons of grain exported in January-July 2012, double the amount exported in the first seven months of last year.

The container goods trade has also seen growth at Port Varna, with a total of 75 000 TEU processed in the first seven months of the year, a 7% increase year-on-year.

At present, Port Varna is processing 25 ships with various goods and raw materials; 5 of those are exporting high-quality Bulgarian grain, the Transport Ministry said.

According to the Bulgarian government, Port Varna's financial results will allow it to push ahead with its investment program, which includes water pipeline, railway tracks, and storage facility repairs in Port Varna-West worth a total of BGN 3.2 M for 2012.

Port Varna is also planning to spend BGN 12 M on two 60-ton cranes, and four other pieces of loading equipment.