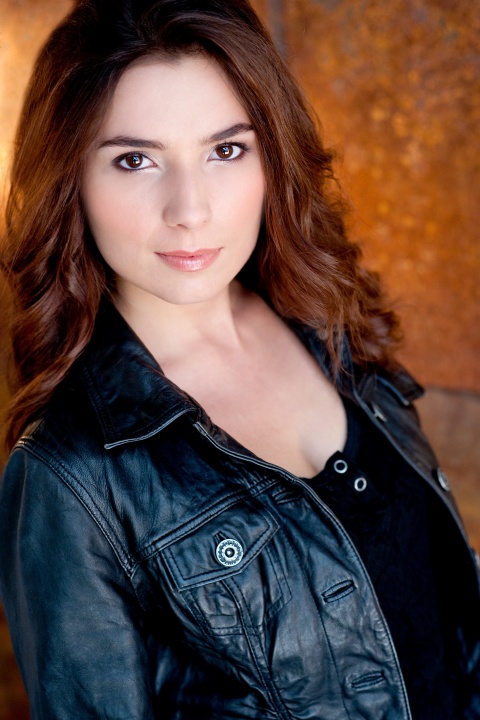 Interview of Novinite.com (Sofia News Agency) with Plamena Bozhilova, a young Bulgarian actress based in London.

What lead you to a career in acting? What lead to pursue an international career as opposed to targeting Bulgarian theater and cinema?

It has always been my dream and since I went to school in England it was only natural that I would continue there and not in Bulgaria. The market is so huge and vast and offers so many different opportunities that I wanted to explore them!

Is your being Bulgarian an asset or a liability in any way for the acting career that you have chosen?

It can be both I guess. I think in the beginning of your career you play the parts that suit your look and casting and then with time you prove that you can do other parts.

If I had really specific features or dialect then I would be limited as to what parts I could play. If you can do the British, American, Italian thing though and you are more castable and versatile, your career can expand a great deal and you can get to do things you wouldn't usually do.

For me I think it's an asset, because when necessary I can add the exotic feel of the foreigner but I can also play the British or American.

You've been educated and trained as an actress in both the UK and the US. How are the British and American approaches different?

Well I think the British training is based on tradition – Shakespeare and so on. It is an fantastic training that develops your language and appreciation of form and words incredibly well. The American training, however, is free.

It concentrates on the actor's freedom to express an emotion through him in a more authentic way. All great actors have mentors and teachers even Al Pacino – in fact he has had the same coach for the last 35 years.

That is another difference – they know that a diploma means nothing! But to be the best you always keep learning. I'm a big fan of both but the American certainly seems to be more applicable to me.

Both are very different mediums. Both require your undivided concentration and attention in the moment, but technically have different requirements.

As a child, I was obsessed with watching films and absolutely adore them, but theatre gives me something else – it gives me that one moment that will never be quite the same again.

What does it take for a young actor / actress to make it in the UK/US these days? (How different is it from Joey's story in "Friends", for example? :)

Haha I think Joe 's idea was a bit romantic and not as productive as one would like?. It's very different, because an actor today has to be ready to go at any moment. You train, you sing, you dance and even if you are not a professional in all these things you make sure you can command your voice and body.

You are ready to jump, take risks, make your own films, create your own opportunities and not give up because the competition s fierce, especially in the US. Things in the industry have changed and they keep changing every day. As an actor you've got to learn to roll with the punches!

What kind of productions are you presently involved in? Respectively, what are your ambitions, goals?

Right now I am preparing for a new role in a film. I will also be attending the Ischia Film Festival, which is a very big event in July. My ambition is to be in movies and maybe one day even make them.

Do you wish to become involved in Bulgarian theater/film projects?

Of course! I would love to and I plan to the moment something appropriate comes along.

Have you ever been asked about Bulgaria with respect to your field?

To be honest, no, not till now. Hopefully I will be in the future.