Bulgaria to Map Out Roma Ghettos with EU Money 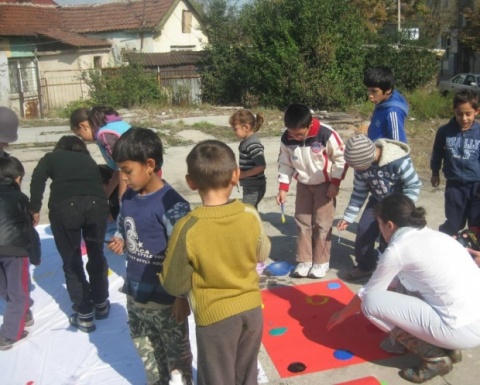 Bulgaria's authorities have gotten down to researching the country's Roma ghettos. Photo by BGNES

Bulgaria's authorities are executing a project to create maps of the ghettos inhabitted with the msot marginalized Roma communities across the country.

The project, which is funded under EU Operational Program Human Resource Development, technically started in August 2011, and will be completed in October 2013, Bulgaria's Deputy Labor Minister Valentina Simeonova announced Tuesday.

The map of Bulgaria's Roma ghettos is supposed to be completed by March 2013, she added.

A total of 700 census takers from six Bulgarian central government institutions, municipalities, and NGOs will study the geographic distribution of the marginalized minority population in the 264 municipalities across the country.

The information gathering is supposed to help the Bulgarian authorities to come up with better Roma integration policies in education, labor, healthcare, and the social sphere.

The marginalization of the Roma community – inlcuding the segregation of large-scale Roma ghettos or the illegal settlements by Roma squatters – remain among Bulgaria's most serious public problems.