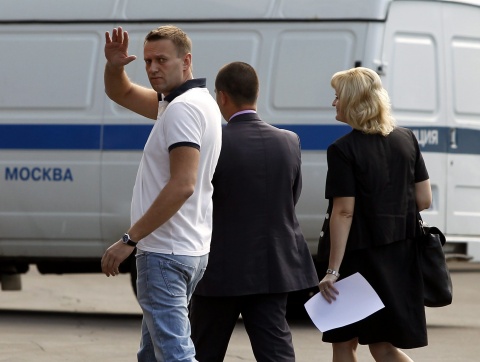 Russian opposition figurehead Alexei Navalny found a listening device in his office of the RosPil fund, which campaigns to expose corruption inside the Russian government, Navalny wrote on Twitter on Monday.

"A listening device has been found in the anti-corruption fund. We have called the police," Navalny tweeted, adding that it was his fund's lawyer Andrei Mishchenkov who had "brought stuff" to detect bugs.

Mishchenkov said on his Twitter profile that he had found a hidden listening device with a bug detector, posting also a photo that featured several policemen examining the office. The Russian Interior Ministry was unavailable for comments, RIA Novosti said.

It is not immediately clear who had installed the bug. Navalny, however, blamed "Czech agent Bastrykin [Investigative Committee chief Alexander Bastrykin] of being behind the surveillance activity against him.

Navalny has alleged that Bastrykin had concealed real estate and business interests in the Czech Republic and held EU residency while enjoying access to state secrets.

Last week, Navalny was charged with embezzlement and ordered not to leave Moscow as he is suspected of having pressured the state-run Kirovles timber company in the Kirov Region into a disadvantageous deal when he was a pro bono advisor to Governor Nikita Belykh in 2009.

Navalny faces up to ten years in prison if convicted. He denies the charges.