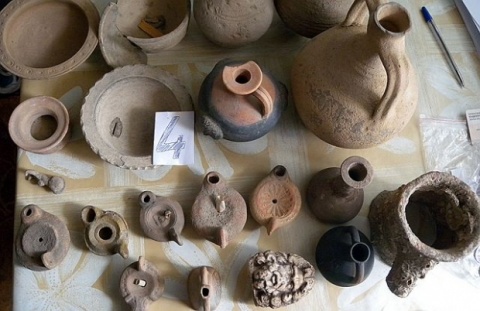 Police officers from the Cultural Valuables Trafficking Unit of the Bulgarian Interior Ministry have busted a channel for the smuggling of historical and cultural valuables.

The operation has been carried in the capital Sofia and the northwestern city of Vratsa jointly with the Vratsa police and the 3rd police precinct in Sofia.

The authorities seized over 240 antique coins, a ceramic head, 77 ceramic vessels, 10 fibulas, a ring, and a small statue.

Three addresses have been raided. Two men, 32 and 64, were arrested for conducting illegal treasure hunting digs and then selling the finds online.