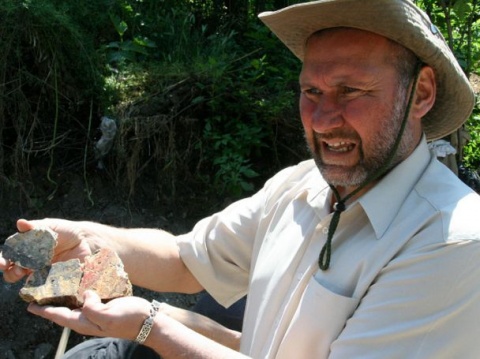 The Bulgarian Standard daily writes that the cave was found during a unique expedition of the rock phenomenon the Lion's Head near the mouth of the Ropotamo River, on the southern Black Sea coast.

The 5-meter deep cave is located inside the Lion's Head. Ovcharov and a TV crew entered it with a special rock climbing equipment.

The cave is called womb because precisely at 12 noon a sunbeam penetrates inside through a narrow slit and its light is projected on the rock. For the ancient Thracians this has been a symbolic fertilizing of the womb of the Earth or the Great Mother Goddess by the solar phallus of Heavenly God. They saw it as the sign of the creation of a new year and of upcoming fertility.

The making of such sanctuary required an excellent knowledge of the Sun's movement and of Earth's directions.

Exactly 10 years ago, Ovcharov discovered the first womb cave near the village of Nenkovo, in the southern Kardzhali region.