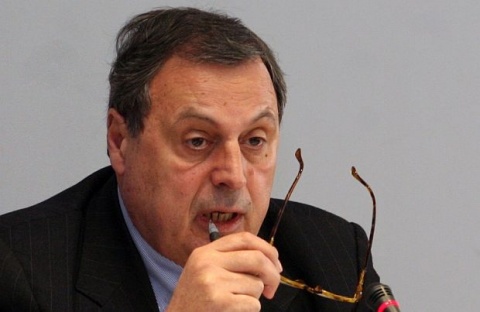 The Bulgarian Industrial Association (BIA) has snubbed the plans for mass inspections by state institutions aimed at tracking down alleged pricing distortions of staple foods as an anti-competitive and inefficient measure.

As a result, on Thursday two retail chains, the Bulgarian branches of Metro Cash & Carry and Kaufland, committed to a price freeze of staple foods for three months.

According to a media statement of BIA, the newly announced operation is creating an illusion of the state being active and concerned, despite the fact that it has no real tools to affect pricing.

Meanwhile, taxpayers' money are being spent on untypical tasks for the administration and entrepreneurs are being exposed to risks of pressure and racketeering, BIA notes.

According to BIA, the increase in imports to 78-80% of the meat and dairy products consumed in the country shrinks sales and inevitably leads to producers and traders striving for higher prices.

BIA believes that it is unwise for the state to interfere on the market and try to set prices.

BIA cautions that this will cause serious and long-term distortions and will lead to bankruptcies of entrepreneurs along the entire chain.

BIA recommends that the state should tighten control over corrupt practices such as VAT draining through intra-Community supplies.

The organization also suggests that the state should provide equal conditions of competition and watch out for prices imposed through dumping and cartel agreements, rather than simply high prices.

BIA also emphasizes that the state must also make sure that all participants in the producer-processor-trader chain are not operating in the grey sector.

BIA highlights that a market economy does not provide any other tools for limiting markups and profits of producers and traders.

BIA also argues that the state needs to put efforts into making agricultural subsidies equal to the ones paid out in the other EU member states.

BIA further suggests that Bulgaria should consider introducing import quotas for staple foods in a bid to stimulate local production.

BIA emphasizes that the state has not had any success so far in introducing measures targeting price restrictions or reductions of certain products or services.

The well-intentioned urge to curb price increases will only lead to unpredictability and a deterioration of the business climate, to bankruptcies of some traders, to reduced competition, and, as an end result, to even higher prices, BIA concludes.