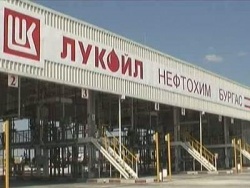 The Burgas Mineral Baths profilactorium, a house with a yard in the village of Chernomorets, Sozopol municipality, the Topolitsa chalet in the village of Topolitsa, a workers' dormitory in the Iztok residential district of Burgas were initially supposed to be sold

It was initially announced that the Burgas Mineral Baths profilactorium , the house with a yard in the village of Chernomorets, Sozopol municipality, the tourist  Topolitsa in the village of the same name, the workers hostel in the Iztok residential district in Burgas will be sold via open tender.

GVA Sollers Solutions, which are the exclusive consultant on the deals, told Bulgarian business news portal econ.bg that the four pieces of property had only attracted one bid each, which had made bidding impossible.

The consultancy explained that the second attempt to sell the properties would involve direct talks with potential buyers and the highest bids would be accepted.

The procedure is to be wrapped up in three months.