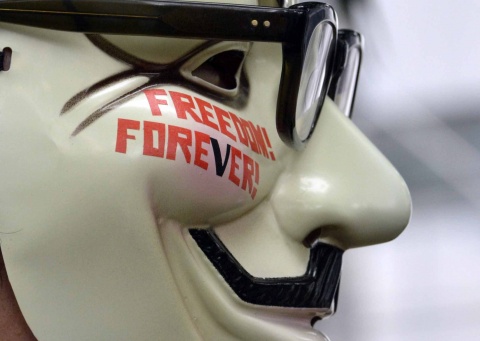 The activist hacker collective Anonymous took down the website of the Bulgarian Parliament late on Wednesday.

The hackers called on their Facebook allies for support.

"A protest against the violation of our civil rights, against the miserable living conditions, against all corrupt people in power, against the adoption of the Child Protection Act, against all the pollution  in Bulgaria, against the increased prices of electricity and food," the Anonymous said in a message posted on Facebook.