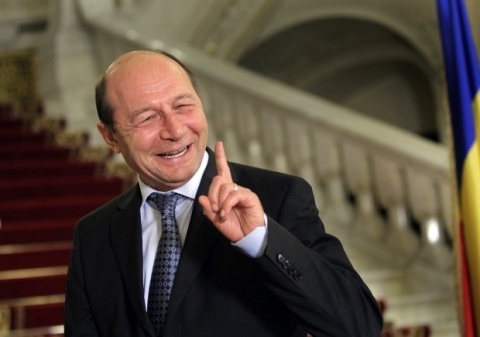 Romanian President Traian Basescu has survived his impeachment referendum thanks to the low turnout. Photo by EPA/BGNES

Romanian Prime Minister Victor Ponta has declared that he he would not seek a new confrontation with President Traian Basescu.

Ponta's statement comes in the wake of an impeachment referendum that failed to topple Basescu, as the turnout proved to be too low.

"I am not going to seek confrontation with Basescu," Ponta has told international reporters, stressing that "everyone is going to lose if we are continuing to fight."

Basescu, who has been suspended by parliament, had asked his supporters to boycott the vote.The center-left government had accused the center-right president of exceeding his authority and of meddling in government affairs.

The row between Basescu and Prime Minister Victor Ponta has caused alarm among Romania's EU partners, with EU officials strongly criticizing the left-wing government's bid to get rid of the President.