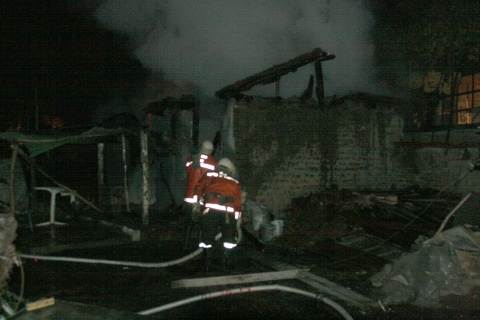 It took hours for firefighters to extinguish a blaze at a bar in a popular beach resort on the northern Bulgarian Black Sea coast. File photo

An overnight blaze burned out and totaled a bar in Bulgaria's popular beach resort Golden Sands, near the Black Sea city of Varna.

The flames spread to the nearby stores and destroyed them as well. The damage is deemed extensive.

Varna Municipal Councilor, Blagomira Alexandrova, has become an eyewitness of the incident. Alexandrova, cited by Varna-based media, says that it took the firefighters hours to find water; the organization is assessed by her as poor while the attitude of police officers "disgusting."

Despite the huge damage, there are no reported fatalities or injuries.

The fire started at the entirely wooden bar "Burlesque" before spreading to the nearby buildings. The cause is under investigation.