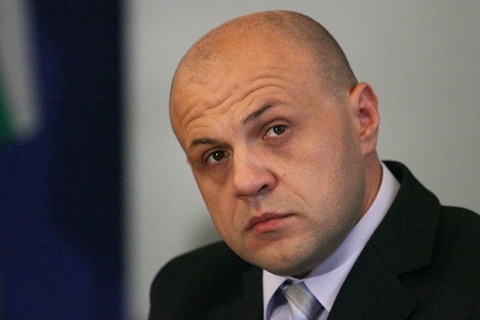 The goal of Bulgarian EU Funds Minister Tomislav Donchev is to contract 102% of the EU money slated for Bulgaria for 2007-2013, he himself said in a Facebook post.

"Bulgaria has contracted BGN 12.7 B as of July 20, which is 81% of the entire financial framework under the seven EU operational programs," Donchev said in his Facebook post Saturday.

"Of those, 25% have been paid. We have a tough six months ahead of us, and an even more challenging 2013. I plan to conclude the following 10-11 months with the contracting of about 102%," explained the Bulgarian EU Funds Minister.

In his post he also added that he does not plan to expand his staff, and that the same number of people administering Bulgaria's funding under the EU operational programs will have to manage a twice greater volume of payments over the next year on projects with contracted EU funding.

"The most important task, however, is for all contracted projects to happen quickly and with high quality. If somebody was lucky enough to get a vacation this year, they should have a nice vacation because next year it will be harder," Donchev concluded his FB post, apparently referring to his own administration.

For its first seven-year financial framework after it joined the EU in 2007, Bulgaria was eligible to receive about EUR 7 B in EU funding under the seven operational programs.

Because of mismanagement and corruption, however, the country largely failed to take advantage of the EU funding opportunities up until the later part of the seven-year period, with the relative acceleration of EU funds absorption by Bulgaria in the past couple of years being largely credited to Donchev's work, who was appointed to be in charge of EU funds absorption in early 2010.