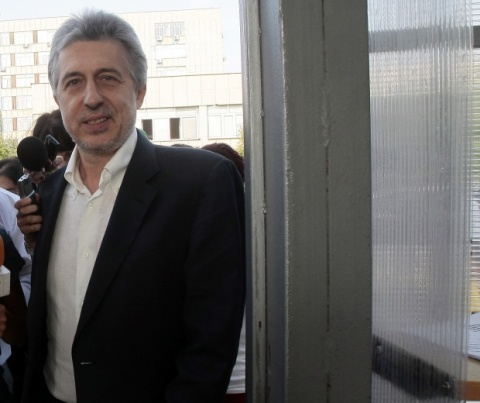 Bulgarian media mogul, Lyubomir Pavlov (pictured), appeared for questioning at the National Investigative Office in the company of his two lawyers. Photo by BGNES

The Sofia City Prosecutor, Nikolay Kokinov, informs that Pavlov's bail on the new charges is set at BGN 100 000.

Earlier Friday, Pavlov appeared for questioning at the National Investigative Office in the company of his two lawyers.

One of them, Yavor Notev, confirmed for the media the amount of the bail, but declined elaborating on the charges, citing classified information related to the probe.

Pavlov has been already charged on three other counts. Notev stressed the number of charges is a demonstration of lack of consistency and shows that the prosecution has no idea where the case is going.

"To accuse an innocent person of different crimes every day, based on rumors and slander, and to press contradicting charges is beyond any limits and boundaries," Pavlov told the media.

In early June, media moguls Donev and Pavlov were charged with participating in a money laundering scheme, thanks to which they purchased by WAZ Mediengruppe assets in Bulgaria and staged an illegal corporate take-over of the newspapers.

The two businessmen publish mass circulation dailies Trud (Labor) and 24 Chassa (24 Hours) and Pavlov is Chair of the Union of Publishers in Bulgaria.