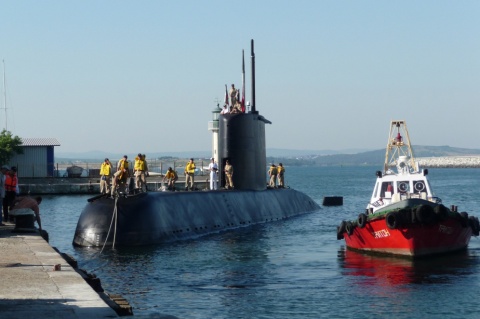 Port Burgas is to unveil a passenger terminal by September 30, 2013. Photo by BGNES

Port Burgas is to open a passenger terminal and Bulgaria's state-owned Port Infrastructure company has launched a public procurement for the project.

The indicative total value of the project is BGN 3.3 M and the deadline for its implementation is September 30, 2013, with two large cruise ships of Royal Caribbean scheduled to moor at the port on October 5 and October 13, according to reports of Capital weekly.

The building will be an international maritime station servicing Mediterranean and Black Sea cruises, according to the tender documents.

The site is to become a major attraction in the Black Sea city, boasting an aquarium, a congress center, hotels, etc.

The project, however, has not been approved for financing under the EU Transport Operational Program.

The candidates to build the passenger terminal at Port Burgas must have a turnover of at least BGN 9.9 M for the past three years.

The bids are to be submitted by mid-August.

According to Diyan Dimov, Executive Director of Port Burgas, the project was launched after a memorandum of cooperation signed between Burgas and Royal Caribbean on March 13.

Dimov, as cited by Capital weekly, notes that the business has huge potential.

In his words, passenger ships now dock at Port Nessebar, which is inaccessible for large vessels.

He notes that a total of 39 passenger ships docked at Port Nessebar in 2011.