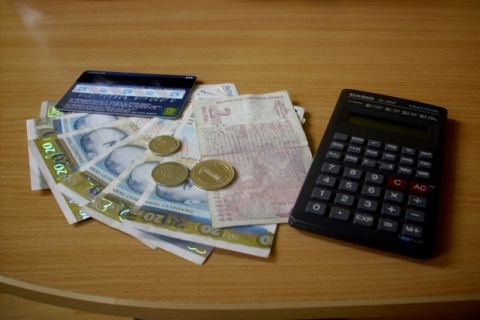 Nearly 27% of households in Bulgaria live below the poverty line, relying on a monthly income of less than BGN 205 per person, according to results of a survey of the Confederation of Independent Trade Unions in Bulgaria (CITUB) on prices and monthly allowances in June and in Q2, 2012.

The results of the CITUB survey indicate that around 600 000 families live in poverty and their number has increased by 3% from Q1, 2012.

During the reporting period, prices of electricity and heating steadily increased, the tariff increase reaching almost 11% for the whole year.

Monthly allowance per household member amounted to BGN 547 in June.

According to forecasts of CITUB, the monthly allowance will reach BGN 556 per person by the end of 2012 and the annual increase will amount to BGN 20.

CITUB predicts that by end-2012, the monthly allowance of a 4-member household will increase by BGN 80, the main reasons being the higher prices of electricity and the related price spikes.

In the period March-June 2012, prices of cooking oil, electricity, clothing and shoes and healthcare services went up.

Meanwhile, the increased productivity in sectors like pharmaceuticals and tobacco products did not lead to a growth in workers' payments.

"Metal ore mining registered a 17% increase in industrial production, which was accompanied by a 6.4% growth in employees and a mere 2.9% real wage growth," Dimitrov noted.