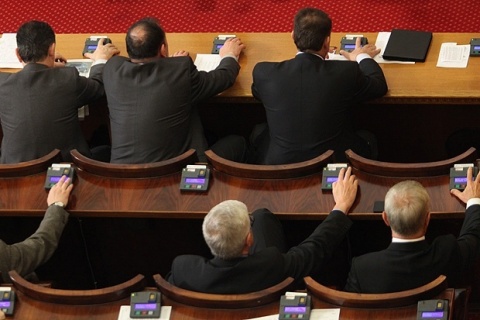 On Thursday, the Members of the Bulgarian Parliament passed the final amendments to the Penal Code. File photo by Sofia Photo Agency

The Bulgarian Parliament decided Thursday to ban plea bargains in cases where death has been caused.

In one of their last sessions before the summer break, the Members of the Parliament passed the amendments to the Penal Code.

Drivers, who have caused death on the road, face between 3 to 10 years behind bars. Plea bargaining is not allowed even for fatal work-related incidents and unpremeditated murder.

Initially, the plan was to ban plea bargaining only for deadly traffic incidents, but at the end the ban became effective for all cases where a person has died.

The Parliamentary Legal Committee proposed to allow plea bargaining in fatal traffic cases only with the agreement of the victim's relatives, but it was rejected and did not make the final version of the Penal Code.