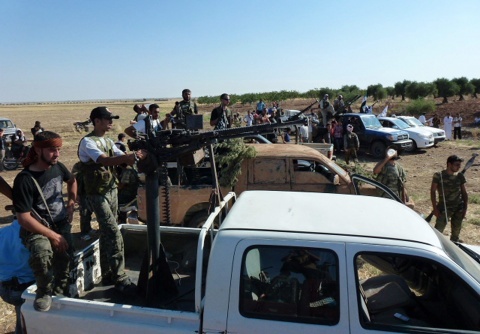 Turkey has closed all its 13 border crossings on its 900 km border with Syria, Hayati Yazici, the country's Minister of Customs and Trade, announced Wednesday.

"All checkpoints along the Syrian border are closed starting today," the Yazici has told the local NTV, as cited by RIA Novosti.

The TV channel has explained that Turkey acted in line with a new package of sanctions against the regime of Syrian President Bashar al-Assad imposed by Ankara.

Syrian insurgents have launched frequent attacks in the last few days at its border points, including near the Iraqi border.

The sanctions will cover truck traffic, but not the inflow of refugees from Syria, some 45,000 of whom already fled to Turkey from the ongoing civil war.