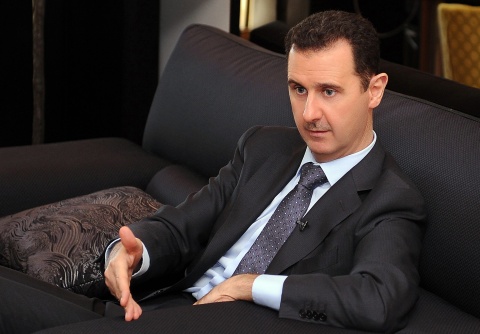 A handout picture made available on 03 July 2012 by the state-run Syrian Arab News Agency (SANA), shows President Bashar al-Assad speaking during an interview with the Cumhuriyet Turkish newspaper in Damascus, Syria, 01 June 2012. Photo by BGNES

According to the proposal President Assad and his family will be able to safely exit the country and seek shelter elsewhere.

The Arab League has also pledged USD 100 M in aid for refugees in Syria, which has for months now been torn by an escalating civil war.

Sunday and Monday the Arab League held an emergency sitting on Syria, at which it issued a call to Assad to deliver power.

The Syrian President has this far stated no intention whatsoever to do so.

At the same time, heavy fighting is going on Monday in Damascus and Aleppo, Syria's two largest cities and Assad strongholds.