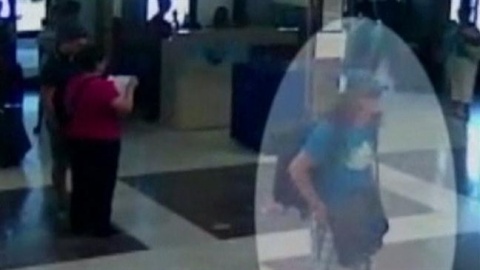 The victims of the deadly terror strike on Israeli tourists in Bugaria's Burgas would have more, were it not for a suspected mistake in the bomber's plot, a top journalist claims.

"The blast is believed to have gone off earlier than scheduled because the plan of the suicide bomber went wrong," Elena Yoncheva, a prominent Bulgarian journalist, working on the story with a CNN crew said.

"If the bulky backpack had exploded later, when the bus was already in motion, the death toll would have been much higher," she added.

This version supports suspicions that the bomber did not want to end up among the casualties of the atrocious crime he committed, but was killed because of a mistake in the plan.

The respected journalists pointed out a series of weaknesses in the security system at Burgas airport prior to the terror strike – the measures were focused primarily on the departing, not arriving passengers, while access to the airport and the parking lot was completely free.

Five Israeli tourists and the Bulgarian bus driver died in the blast, as well as the bomber. More than 30 other Israelis were injured, some seriously.

Israel has said it suspects Iran or an Islamist militant group such as Hezbollah is behind the attack, a claim that has added to tension between Israel and Tehran. Iran, which has condemned the attack, has rejected Israel's claims.

The man who carried out the suicide bombing was carrying what the Interior Ministry has said was a fake Michigan driver's license.