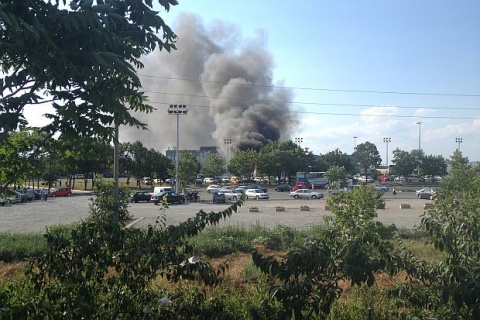 An explosion on the parking lot of Bulgaria's Burgas airport was the deadliest attack on Israelis abroad since 2004. Photo by BGNES

The Turkish Foreign Ministry has strongly condemned the terrorist attack at the airport of the Black Sea city of Burgas, Turkish media report.

"Terrorism is a crime against humanity and there are no excuses for such acts," the Ministry's declaration stresses.

The statement also notes the tragic death of an ethnic Turk from southwestern Bulgaria, 36-year-old Mustafa Kyosev. He was the driver of the bus, which was supposed to carry the group of Israeli tourists to the Sunny Beach resort.

The other victims are the suicide bomber and five Israeli citizens.

The number of wounded is 32.