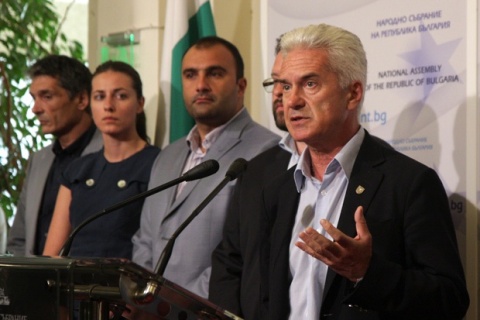 The State Agency for National Security, DANS, was caught completely unprepared to react to the terrorist attack in Bulgaria.

The statement was made by Volen Siderov, leader of the far-right, nationalist party Ataka, in the aftermath of the terrorist attack at the airport of the Black Sea city of Burgas, where a bus carrying Israeli tourists exploded Wednesday afternoon. Seven died in the blast.

According to Siderov, DANS experts even failed to include in their annual report text on possible terrorist threats. He stressed that at the same time, Israeli intelligence have warned in January about a planned attack against Jewish citizens in Bulgarian winter resorts.

The Director of DANS, Vladimir Pisanchev, counters that the alert was probed and had not been corroborated by any evidence or events.

The nationalist leader accused the Agency of not taking the necessary measures for security and prevention and, along with the Interior Ministry, of not doing enough work to identify and counter potential terrorists in Bulgaria.

He explained that there are radical Islam cells in Bulgaria and the country must clearly demonstrate that it has no links with the Middle East conflicts and is maintaining a neutral stance.

"We cannot become a pawn in the global chess game and be forced into a war with Iran, which experts say will turn into a Third World War. The US and Israel have interest in directing actions against Iran. Other experts point out that the Wall Street-triggered economic crisis can be overcome only by some large-scale military operations. These are old games. The CIA created Osama Bin Laden, and then labeled him the biggest evil ever," Siderov stated.