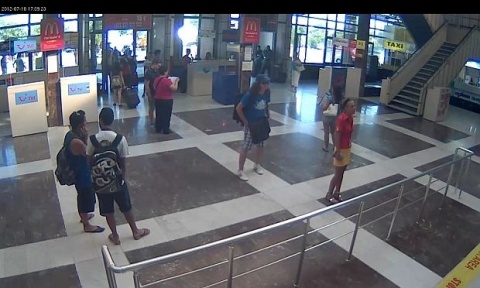 The July 18 deadly attack targeting Israeli tourists at the Burgas Airport was conducted by a suicide bomber carrying explosives in his backpack, according to Bulgarian Interior Minister Tsvetan Tsvetanov.

The suicide bomber was initially believed to have been hiding in the bus' luggage compartment.

Speaking Thursday at a press conference at the Burgas Airport, Tsvetanov explained that the bomb had gone off while the man had been standing at the bus' door.

Bulgaria's Interior Minister specified that the authorities had obtained the DNA profile and the fingerprints of the suicide bomber and the data had been sent to partner services.

He said that it had not yet been established where he had entered EU territory but there had been suggestions about the countries he had stopped by.

Tsvetanov noted that the bomb site had been cleared and the airport in the Black Sea city was expected to resume operations at 6 p.m.

The Israeli Ambassador to Bulgaria, Shaul Kamisa-Raz ,who also attended the press conference, rejected rumors that his daughter had been injured in the accident.

The July 18 terror attack took seven victims, including five Israeli tourists, the Bulgarian driver of the bus and the suicide bomber, and left over 23 injured.