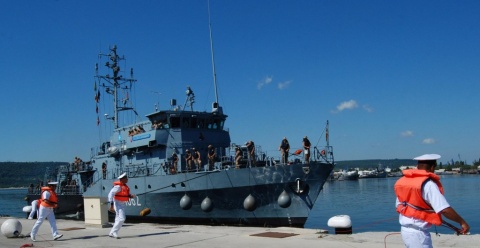 The ships, from the UK, Turkey, Germany and Italy, have anchored at the Varna port under extreme security measures, informs OffNews.

According to the news site, the visit of the ship has not been planned.

Wednesday around 5.30 am, a bomb exploded on Burgas airport in a bus transporting Israeli tourists to the resort of Sunny Beach, killing 7 people and sending 32 to hospital.

Israel has sharply reacted to the tragic incident, with top officials including PM Benjamin Netanyahu throwing the blame on Iran.