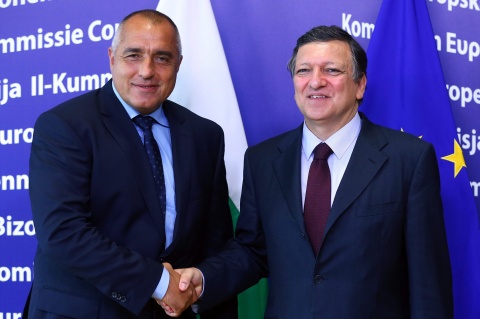 Wednesday's keenly awaited European Commission monitoring report said that organized crime groups remain a fundamental challenge for the Bulgarian state and the society as they exercise considerable influence over the country's economy.

"We see the European Commission's assessment that Bulgaria is on its way to fulfill the CVM criteria as positive," Borisov has declared in a statement, adding that "reforms should continue."

"In its report, the European Commission notes that the basic legislative tools have been already created. This is a sign that Bulgaria has finished one of the main stages in the reform of its judiciary and home affairs."

"By the next report, this newly-adopted legislation will have produced tangible results," Borisov has claimed.

While the Prime Minister accepts the report's critical findings, he believes that "the coming 18 months will be a time in which all Bulgarian institutions will prove their determination to change the judicial system and to cut back corruption and organized crime."

"The EC has a new approach, for the first time doing away with interim reports regarding the CVM. This will create space for the implementation of measures already identified by Bulgaria and sets a timeframe for completion of commitments and demonstration of the results of reforms that have been implemented."

Borisov has once again pointed out that the report has mentioned the Bulgarian government's "strong political will for reform is not only recognition but a commitment to successfully achieve the goals of this process."