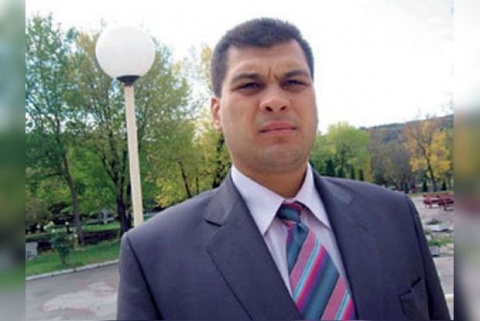 GERB MP, Dimitar Avramov, was arrested on charges of trading influence and extortion. Photo by BGNES

The Executive Committee of the ruling, center-right Citizens for European Development of Bulgaria, GERB, party, has decided to ask their Member of the Parliament, Dimitar Avramov, to submit his resignation.

Avramov is also released from all party posts and expelled from GERB.

GERB's press center informs the decision has been made after examining and discussing the latest events surrounding the MP.

Avramov, 35, has been detained Tuesday during a special operation of the Main Directorate for Combatting Organized Crime, GDBOP, the State Agency for National Security, DANS, and the Sofia City Prosecutor's Office. He is charged with trading influence in asking and receiving BGN 50 000 to exert pressure on an employee from the Regional Directorate "Agriculture" to grant subsidies for farming lands. The owner of the lands is the person who alerted the authorities that he has been forced to pay the amount or transfer part of his business to the MP.

According to Anastasov, Avramov will be stripped of his immunity after the Chief Prosecutor presents evidence in the case.

"An individual committing a crime bares his or her own responsibility and Mr. Avramov should do so as well. GERB does not divide people in "ours and others." This is not the first case showing that we do not provide cover-up and protection for people only because they are our members," the Deputy Spokesperson declared.

The same Avramov was sentenced in 2011 to pay a fine of BGN 5 000 for lobbyism in passing legislation. According to the Supreme Administrative Court, VAS, he committed conflict of interest in proposing amendments to the Farming Lands Act.