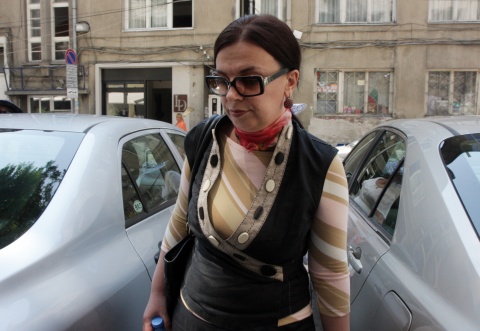 Miroslava Todorova, Chair of the Bulgarian Judges Association, BJA, and Judge at the Sofia City Court is appealing her dismissal by the Supreme Judicial Council, VSS.

Torodova has filed a claim with the Supreme Administrative Court, VAS, to annul the VSS decision on grounds the move will allow her to continue work on her caseload. She is one of Sofia City Court magistrates with the most cases. In 2011 she tried 300 cases.

The Judge warns that her dismissal means that scores of cases must start from scratch. Some of them include trials that are monitored by the European Commission such as the "Sofiyski Imoti" (Sofia Properties) one and the one against drug lord Anton Savov AKA Mamata.

In her claim, Todorva also notes that she has 5 Court sessions scheduled from July 18 to July 27.

"I currently have a number of first-instance cases with a total of 20 defendants. There have been 40 Court sessions on these cases with protocols from them with anywhere between 3 and 92 pages each. 90 witnesses and 40 experts have already been questioned and 10 more witnesses and 6 experts are to take the stand. According to the Penal Code, if someone from the judges' panel is prevented from continuing working on the case and/or must be replaced, the trial starts from scratch," she writes.

The Judge adds that her dismissal would burden with additional work other panels, would increase the waste of time of State institutions and citizens and expenses from the budget of the Judiciary Power.

"The interests of justice have priority over any personal interest and are legally protected, thus and because of per argumetum a fortiori, I believe that there are reasonable grounds to annul the VSS decision," she concludes.

The dismissal, as expected, is reflected in the draft EC report that leaked in the media one day before its official release. The report notes that the difference in the workload in different Courts leads to serious delays, particularly in writing motives for verdicts. According to EC, the delays harm not only the effectiveness of the judicial process, but the independence of magistrates, according to the EC.

The report also points out that professional organizations raise the issue of some judges being punished for the delays while others are being tolerated.

Meanwhile, the Bulgarian National Radio, BNR, informed Tuesday that Todorova has been officially notified by VSS of their decision to dismiss her.