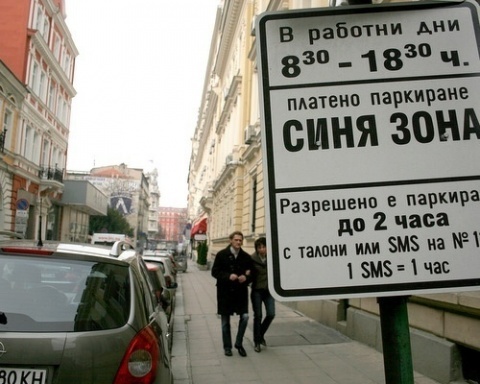 Citizens of Bulgaria's capital Sofia are rising up against the upcoming hike in parking fees, slamming it as nothing short of arm-twisting.

The higher fees, expected to be enforced as of the beginning of September, will be challenged in the administrative court. The case has been filed by the citizens' association 'Dnes' on July 4.

The fee for an hour's stay in the blue parking zones in downtown Sofia will increase from BGN 1 to BGN 2, under the adopted program for development of the public transport.

The fee for parking in the green zone in Sofia has been set at BGN 1 per hour.

Drivers will be allowed to park their vehicles in the blue and green zones for no more than two and four hours respectively.

The adopted measures triggered anger among drivers, as well as people living in the blue and green zones, who will be obliged to pay an annual fee of BGN 150 and BGN 100 respectively. Families living there will have to dig deeper in their pockets and pay fees three times higher if they have a second car.