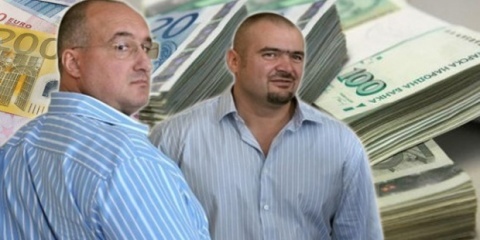 The European Commission is to issue on Wednesday its sternest report ever on Bulgaria's failure in organized crime fight and the rule of law, according to local media.

Organized crime remains a fundamental challenge for Bulgaria, according to Trud daily, which obtained a draft of the European Commission's Monitoring Report on Bulgaria's Justice System and Internal Affairs under the Cooperation and Verification Mechanism.

Brussels blames for the failure both the executive and the judiciary in Bulgaria, which have been engulfed by power struggles, with each accusing the other of serving the mafia.

The European Commission cites Europol data, according to which Bulgarian criminal groups, mainly dealing in human trafficking and skimming, have penetrated into fifteen EU member states, making them one of the largest in Europe.

The technical part of the report says that that exchange of operational data is negligible given the scale of organized crime.

The EU executive describes as "unique" the role that organized crime groups play in Bulgaria and point out that these groups exert significant influence on the Bulgarian economy.

The annual turnover of the 12 most influential criminal structures is believed to total EUR 1.8 B, which skews competition, drives away foreign investments and provides a platform to influence political processes and government institutions, the draft report says, as cited by Trud daily.

The report cites the disappearance of gangster pair Angel Hristov and Plamen Galev aka the "Galevi brothers", as an example of Bulgaria's systematic problems in the rule of law.

The draft of the European Commission crucial document arrived in Sofia Sunday evening.

Bulgaria's cabinet Borisov of the center-right Citizens for European Development of Bulgaria party, GERB, had just one day – Monday to examine the text and make objections, the Bulgarian National Radio, BNR, explained. The objections can pertain only to the technical part, not the so-called political document.

Changes in the draft can be made only during debates at a summit of the EU Commissioners, scheduled for Wednesday, just hours before the public release of the report.

The same diplomatic sources have reiterated before Trud that the possibility to separate the monitoring of Bulgaria and Romania over the political crisis in the northern neighbor has been on the table all the way until Saturday, but the most likely outcome is that the Status Quo will remain.

Last week Prime Minister, Boyko Borisov, on his own request, held in Brussels emergency talks with the President of the European Commission, Jose Manuel Barroso, which many observers saw as a desperate last attempt to "soften some of the strongest criticism."

The leader of the Bulgarian Socialist Party, BSP, and the Party of European Socialists, PES, Sergey Stanishev, forecasted that the European Commission will retain the monitoring mechanism on Bulgaria, and called it a "failure of GERB."

Europe is facing a nightmare because of the attacks on democracy and rule of law in Bulgaria, Romania, and Hungary, Austrian Die Presse stressed.