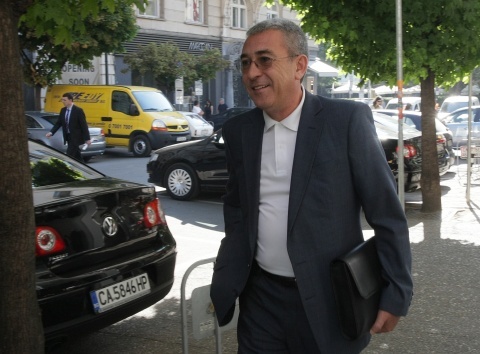 According to the Chairman of the Supreme Administrative Court of Cassations, Lazar Gruev, the recent decision to dismiss a senior judge dealt a heavy blow to the judiciary and Bulgaria. Photo by BGNES

The entire judicial system and Bulgaria suffered a heavy blow by the decision of the Supreme Judicial Council, VSS, to dismiss Miroslava Todorova, Chair of the Bulgarian Judges Association, BJA, and Judge at the Sofia City Court.

The statement was made by the Chairman of the Supreme Administrative Court of Cassations, Lazar Gruev, who spoke Monday during the emergency VSS meeting, called by Justice Minister, Diana Kovacheva.

The meeting has sole item on the agenda – discussing the disciplinary practice when sanctioning magistrates, who are delaying Court cases.

"Everyone lost. Bulgaria lost because we are in the eve of a crucial report. All honest judges, who despite the difficult conditions, manage to close cases on time, lost as well. Citizens lost because they are now fully confused about what an unreasonable delay means," Gruev said Monday.

He further voiced disappointment that the scandal became grounds to finally open the overdue debate about the heavy workload of magistrates, reminding that he raised the issue in each of his reports to the Parliament in the last 3 years.

Before Gruev, Plamen Stoilov, one of the VSS members who proposed to fire Todorova, firmly backed the decision. He stated that VSS is suffering unprecedented pressure and the public must be aware the decision has been made to protect Bulgarian citizens, victims of crimes, whose perpetrators remain unpunished because of judges such as Todorova.

It emerged meanwhile that the magistrate has not yet received an official notification of her dismissal thus she actually still has her job.

The decision to dismiss her provoked an avalanche of political statements, and media comments, while Bulgarian judges staged an unprecedented protest rally against the dismissal.

Tsvetanov continues to firmly reject claims that he is behind Todorova's ousting and explained he learned of her existence and began criticizing her only after people victimized by crime turned to him to complain about her.