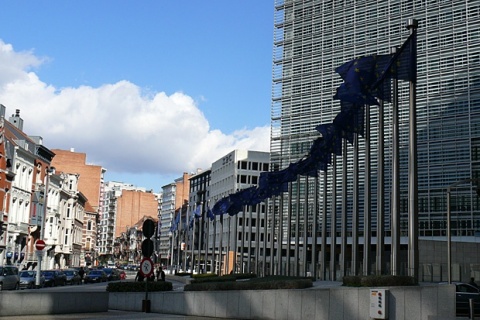 A recent poll further shows that most Bulgarians have not noticed any positive changes in the country during the 5-year EU membership. File photo

The majority of Bulgarians, 60%, do not believe in the fairness of the justice system or the fight of the government against corruption and organized crime.

The data comes from a poll of the Open Society Institute whose results demonstrate once again the discrepancy in the opinions of ruling officials and common citizens when it comes to key issues.

One of them is that 77% of Bulgarians approve of the European Commission's Monitoring Report on Bulgaria's Justice System and Internal Affairs under the Cooperation and Verification Mechanism and wish for it to remain in place.

The poll comes in connection with the 5 years of the mechanism being applied towards EU newcomers Bulgaria and Romania. The last report of the EC for the five-year period is going to be published on Wednesday, July 18. This is a crucial date since the Commission will also inform if the mechanism will be lifted or will remain.

The expectations are for very harsh reports on both countries and continuing the mechanism, which is interpreted as humiliating for those in power.

The poll further shows that most Bulgarians have not noticed any positive changes in the country during the 5-year EU membership.

Half of the polled believe that the work of the Prosecutor's Office, the Courts and the police has not improved at all.

The very few positive changes are attributed precisely to the monitoring of the EC.

78% of the respondents say the above institutions must be monitored not only in Bulgaria and Romania, but in all EU Member States, while 75% support the idea of giving the EC the authority to impose sanctions on countries with ineffective justice systems and wide-spread corruption.