Buildings to Be Demolished After Quake Aftershock in Bulgaria 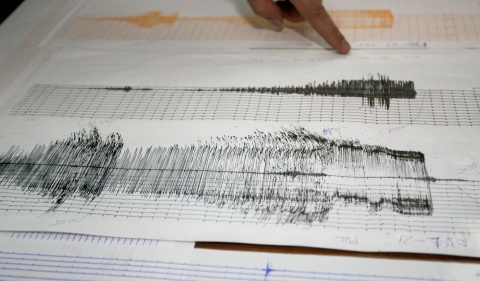 4 houses have suffered structural damages and will have to be demolished after the 4.5-degree earthquake that hit Bulgaria's western Pernik region Saturday.

The tremor is believed to be an aftershock of a larger 5.8-degree earthquake that shook the area May 22.

The houses had sustained damages in the major earthquake, but the additional 4.5-degree tremor worsened their situation, informs Pernik Mayor Rositsa Yanakieva.

The buildings in question are small houses in the Pernik villages of Marina Bara, Rudnichar, and Divotino.

Saturday's earthquake was felt throughout western Bulgaria, including capital Sofia, as well as in neighboring Macedonia.

No further damages are reported as yet, although a total of 11 buildings are being checked for suspected structural impairment.

No one was injured during Saturday's tremor either.