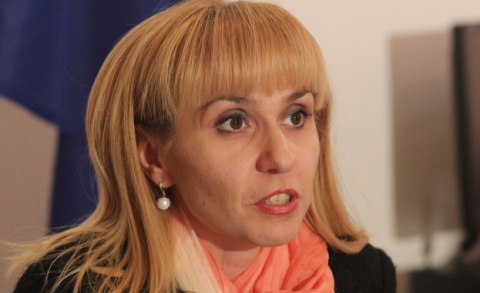 Bulgaria's Justice Minister Diana Kovacheva, wants a public debate on the recent decision of the Supreme Judicial Council to fire a senior judge. Photo by BGNES

Speaking Sunday for the Bulgarian National Radio, BNR, Kovacheva informed that the meeting will begin at 10 am on Monday, while the agenda will include reexamination of the VSS policy on disciplining judges who had delayed Court cases.

The Minister noted her view that this practice must be consistent and with clear criteria all while making a personal commitment to work on such rules if it would emerge that they are non-existent.

Kovacheva comments were related to the controversial decision of VSS to dismiss Miroslava Todorova, Chair of the Bulgarian Judges Association, BJA, and Judge at the Sofia City Court.

Kovacheva is now firm that VSS must make the grounds for their decision public and offer information on the exact violations committed by the Judge.

"Media reports reveal that the violations were actually grave, connected to dismissals of important cases over prescriptions, which is a very serious breach of professional and ethical principles. VSS must further provide information on Todorova's workload. This debate can no longer be held behind closed doors; from now on this a public debate," she declared.

The same day, Kovacheva, who at first cautiously sided with the decision, hardened her stance and also criticized VSS, saying they should apply the same standards to all and reexamine their decision.

Also on Friday, Bulgarian judges staged an unprecedented protest rally against the dismissal.