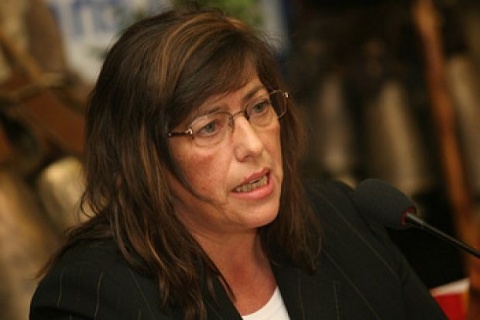 Pernik Mayor Rositsa Yanakieva has said that there have been no reports about casualties or collapsed buildings after Saturday's quake. Photo by dariknews.bg

Rositsa Yanakieva, Mayor of the western Bulgarian city of Pernik, has said that the 4.5-magnitude quake, which struck the region on Saturday afternoon, has not caused any casualties or collapsed buildings.

Yanakieva explained that the jolt had felt strongest in the villages of Meshitsa and Vitanovtsi near Pernik, adding that she had headed for the sites.

The Mayor of Pernik claimed Saturday's quake had been an aftershock.

The magnitude of the quake was estimated as 4.5 on the Richter scale by the European Mediterranean Seismological Centre and as 4.2 by the Geophysical Institute at the Bulgarian Academy of Sciences (BAS).

The quake occurred at a depth of 10 km and was epicentered 7 km southeast of Pernik and 19 kilometers west of Sofia, very near to the epicenter of the 5.8-magnitude jolt which hit the region in the small hours of May 22.