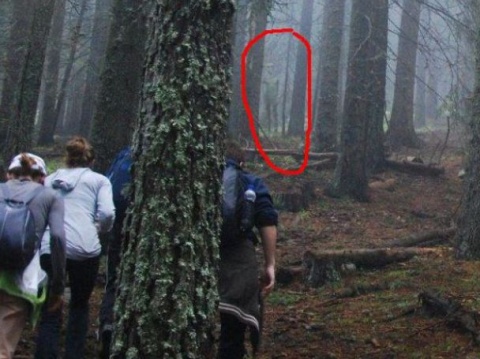 Тhe red circle on the photograph shows the alleged alien, but its authenticity remains unproven. Photo by actualno.com

A group of Bulgarians from the second largest city of Plovdiv insist they have spotted an extra-terrestrial in a mountain area.

The news was reported by the site Plovdiv24.bg.

The group went hiking in Yundola and one man was taking pictures with a cell phone. When the photographer downloaded the pictures on his computer, on one of them he spotted the ET.

The red circle on the photograph shows the alleged alien, but its authenticity remains unproven.

The natural site Yundola is a large meadow between the mountains of Rila and Rhodoppe, 16 km from the resort town of Velingrad. The name comes from Turkish and means "Wool Market."