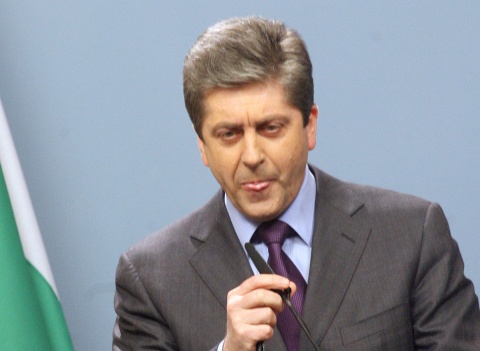 Former Bulgarian President, Georgi Parvanov, is known to be an avid hunter and his expensive hobby broke the news on numerous occasions during his two terms in office. Photo by BGNES

One of the first tasks of Bulgaria's Deputy Prime Minister and Finance Minister, Simeon Djankov, after taking over the management of the former royal palace Krichim, is to check if ex President, Georgi Parvanov, hunted illegally there during his visits.

The information emerged from the short-hand notes of the meeting of the Council of Ministers last week, when the management of the palace was transferred from the National Security Services to the Finance Ministry.

"We collected information on who and how many times visited the estate. In the last five years, the only senior official who traveled there was former President Parvanov. I have ordered a probe to find out if he just took pictures with the fallow-deer. Hunting has been banned in Krichim for the last 30 years. This is the law, so it would be interesting to find out the reason for these visits," Djankov has said.

The ex-President is known to be an avid hunter and his expensive hobby broke the news on numerous occasions during his two terms in office.

The report that Parvanov participated in a fox hunt on March 1 2008, one day after the fire in the Sofia-Kardam train, which left nine persons dead, stirred a scandal and demands for his resignation coming from the right wing.

In April 2011, the Members of the Parliament received a letter alarming about conflict of interests in hunting activities, signed by someone named Stefan Avramov.

The sender demanded answers how Parvanov finances his expensive hobby; are there any invoices from hunting estates where he had killed animals; how much his trophies cost and under whose name are they registered; what exact type of weapons are registered under the President's name and who had purchased them.

Another scandal emerged over reports the President had concealed killing a protected species during an official visit to Uzbekistan.

At the Council of Ministers meeting, Djankov also told his colleagues some interesting facts from the history of the Krichim palace such as senior officials traditionally working there at the beginning of the 20th century on annual State budgets or how Prime Minister, Alexander Stamboliyski was killed on his way to hide in the palace after learning of the coup planned against him.

In 1943, also in Krichim, Tsar Boris III ripped the order for the deportation of Bulgarian Jews to Nazi concentration camps.