Digital Theater of the Absurd 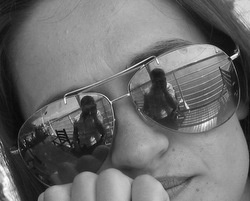 Can't make head or tail out of Bulgaria's much-troubled transition to digital broadcasting?

Don't worry. You are not alone - the confusing developments over the last several months culminated in plain absurdity this week.

"We can not afford the analogue switch-off, it makes no sense and will be outdated in a few years," said the finance minister.

"We can afford the analogue switch-off, it makes great sense and will not be outdated in a few years," said the transport minister shortly after.

To say that this is likely to ramp up tensions with Brussels is to play down the absurdity of the situation.

Bulgaria has just a week left to escape EU court over the controversial tenders for the operation of what will be the country's DTT multiplexes. But the government does not seem to be cooking with gas.

What we see on the surface are the government's snags in communication, failure in multi-tasking and inability to handle many irons in the fire.

What we will probably see if we go below the surface is that the government is just playing for time, protracts the switch-over and has no intention to declare void the controversial tenders.

Sofia hopes that the European Commission will not insist on declaring the tenders void even though they have led to nothing short of a cartel in the digital switchover. And with good reason.

Firstly, the European Commission may continue to pile pressure, but at the end of the day will steer clear of interfering in what is a purely national issue.

Secondly, the European Commission is well aware that this could prompt the winners to sue Bulgaria for damages, which is hardly a better scenario than being fined by Brussels.

Is anyone surprised that Bulgarian consumers will be the biggest losers, yet again?