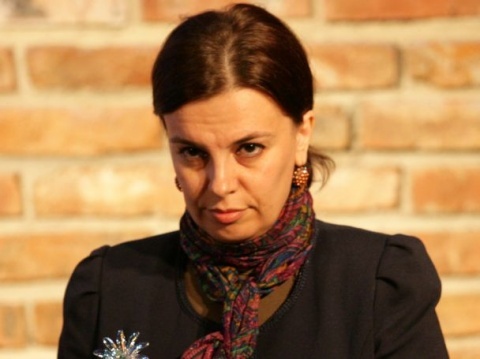 Judge Miroslava Todorova, Chair of the BJA, was dismissed Thursday by the Supreme Judicial Council over unreasonable delays of proceedings. Photo by BGNES

Judges, representatives of NGOs and Bulgarian citizens will gather Friday in front of the Supreme Judicial Council (VSS) office in Sofia to protest the dismissal of Miroslava Todorova, Chair of the Bulgarian Judges Association and Judge at the Sofia City Court.

The demonstration has been scheduled for 10 a.m.

Todorova was dismissed Thursday by the Supreme Judicial Council (VSS) on disciplinary grounds over the unreasonable delay of proceedings.

A few hours after the announcement of the disciplinary penalty, judges from the Sofia City Court, the Sofia Regional Court, the Sofia Appellate Court and the Supreme Court of Cassation distributed a statement urging their colleagues from all over the country to postpone the hearings scheduled for Friday to attend the rally in support of Todorva.

The protest is organized on Facebook, ("Protest against the attempts of the VSS to self-administer justice against Judge Todorova"), with 460 subscribers of the social network having confirmed their attendance by 8.30 a.m. on Friday.

Right after the news about Todorova's dismissal came out, young judges from the courts in Vratsa, Vidin, Smolyan, Svishtov, Gabrovo, Silistra, Lovech and Lukovit also came up with a statement of support.

Asked to comment on the matter on Thursday, Tsvetanov rejected having a personal conflict with the dismissed magistrate, advising journalists to refer to the VSS and the other competent authorities.

Bulgaria's Interior Minister also rejected accusations of undue intervention on the part of center-right ruling party GERB into the work of the judiciary and the VSS.

In the beginning of February, Todorova filed a libel lawsuit against Tsvetanov, following two consecutive interviews of the Interior Minister in which he accused her of incompetence and of patronizing organized crime.