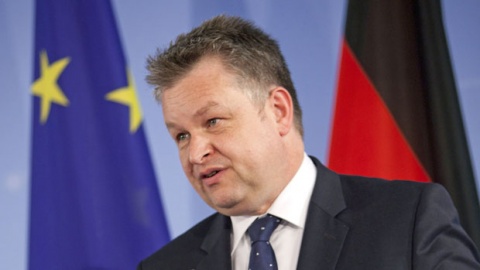 Bulgaria has become the picture of fiscal discipline, a top ranking German diplomat has said during his visit to Sofia, bringing good news for policy makers here.

"Bulgaria can serve as a great example of fiscal discipline, which Germany wants to see implemented across the European Union," Michael Link, Minister of State at the German Federal Foreign Office, said on Thursday.

Link is paying a visit to Sofia for the regular political consultations between the ministries of both countries.

In his words Bulgaria and Germany share a common vision about the importance of fiscal discipline.

Bulgaria, whose currency board forces the government to adhere to strict fiscal policy, has embarked on a feverish budget-tightening program.

While governments across the euro-zone periphery are on the ropes or have been felled by the economic crisis, Prime Minister Boyko Borisov's government has drawn international accolades for cutting spending.

As austerity measures bite however the government is no longer maintaining the high levels of public support it used to enjoy after the elections three years ago.