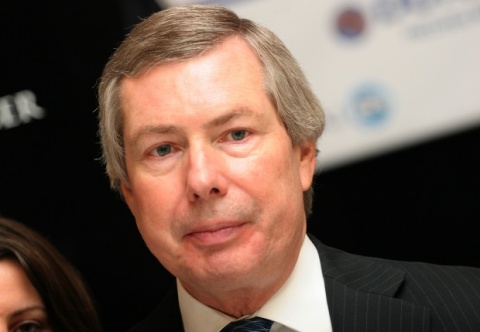 US Ambassador in Sofia, James Warlick, stressed that Bulgaria has established its democratic institutions and there are no fears that democracy could be threatened. Photo by BGNES

Bulgaria is one of the most fiscally stable countries in Eastern Europe and a source of stable fiscal policies, according to outgoing US Ambassador in Sofia, James Warlick.

Speaking in an interview for the morning show of the largest, private TV channel bTV, the diplomat stressed that the country has established its democratic institutions and there are no fears that democracy could be threatened.

He, however, voiced some apprehension about the latest developments in Romania with the President's impeachment, pointing out the Balkans are a difficult region, where Serbians and Greeks are also facing hardships.

Warlick explained that it is very important, despite the above, to differentiate processes in various Balkan countries. He further rejected the wide-spread belief that tumults are something normal for the region.

The Ambassador reiterated that achieving fiscal stability is a political hurdle, but also the foundation of economic growth thus he remained optimistic about the country's economy.

He further informed that this is the opinion of a number of US businessmen who plan to invest in Bulgaria despite some persisting challenges. The diplomat listed as advantages the highly educated work force, particularly people fluent in foreign languages, the flat tax rate, low labor costs, and improving infrastructure.

Regarding the effort to fight corruption and organized crime, Warlick pointed out that arrests are not sufficient and the entire justice system must perform well, with effective Courts and without postponement and delays in trials.

The Ambassador voiced hope that the forthcoming elections of the Supreme Judicial Council, VSS, will designate honorable people in the conditions of full transparency and open doors in order to maintain the trust of citizens in the procedure.

When asked about the issue with the practice of vote buying during elections, he admitted that there was such practice in the last local and presidential election in October 2011, which must be investigated and prosecuted. The Ambassador noted that flaws in the election process occur even in the US.

Warlick will spend the summer in Bulgaria, saying he loves both the mountains and the sea, but favors in particular cape Kaliakra in the north and the southern Black Sea Coast. He informed that there is no fixed date for his final departure from the country.

On May 25th US President Barack Obama officially announced that he has nominated Marcie Ries for Ambassador to Bulgaria, where she will replace James Warlick. The announcement was published on the site of the White House.

Warlick has refuted on several occasions media information that he has been recalled early.