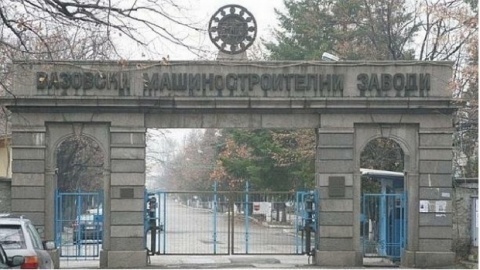 The privatization process is to be wrapped up within 165 days, during which the state is to clear all of the company's debts, including unpaid salaries to its workers, according to reports of the Bulgarian Telegraph Agency (BTA).

In three months' time, the plant is to be bought by a strategic investor which is in the same sphere of production.

The bidders are to become clear in 30 days, after which the State Agency for National Security (DANS) and the special services are to launch inspections.

Bulgaria's Energy Minister announced Tuesday that the privatization strategy for VMZ Sopot had already been approved by Parliament.

He vowed that the workers at the military plant would be paid their salaries for May by July 20 and the salaries for June would be transferred on July 28.

Dobrev argued that the state would ensure the timely payment of the workers' salaries through new orders for the plant.

Employees of VMZ Sopot are to receive over BGN 1.5 M in unpaid salaries.

The trade unions at VMZ Sopot called off the strike and said they would expect the government to keep its promises.

Bulgaria's Energy Minister assured in a Thursday interview that the privatization strategy for VMZ Sopot envisaged a commitment for the buyer to keep the plant's activity, its workers and its human resources expenses.

He suggested that VMZ Sopot could be tasked with the utilization of ammunition, instead of the government pouring money into private companies with low-skilled workers.

Stanishev further called for strict monitoring of the privatization process, warning that the plant could be sold very cheaply.

VMZ Sopot has been in a troubled financial condition in the last few years.

In 2007, Bulgaria's Privatization Agency started to sell some of the plant's assets in order to cover part of its debts; some of its assets were also sold at the beginning of 2009.