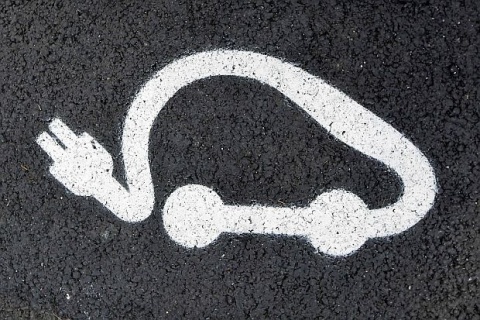 The project was initiated by a consortium called Green Energy with funding from the Global Environmental Fund's Small Grants Program and the United Nations Development Program (UNDP).

The electric vehicle charging station, which can be used for cars, scooters and bikes, can charge one car and one scooter or bicycle at a time.

The energy will be used free of charge with special cards which will be provided by the company which developed and implemented the "А1еко" project.

Two major advantages of the eco-friendly electric vehicle charging station are that it is not dependent on infrastructure such as power grids and transformers and that it makes the vehicles it charges 100% "green" due to the fact that they are not feeding on energy derived from fossil fuels.

The solar-powered electric vehicle charging station has a maximum daily capacity of 23 KWh and can charge up to 1440 electric cars and 3800 electric scooters in a year.

There is an option to use electricity from the grid in the case of a spate of cloudy days, when electricity production is lower.

According to Ilia Levkov, Chair of the Electric Vehicles Industrial Cluster, there are around 1500 electric vehicles in Bulgaria, the majority of them scooters and bikes.

Electric cars in Bulgaria are said to be about 50, most of them converted.

The low popularity of electric vehicles in Bulgaria is attributed to their high prices and the lack of tax incentives and other types of incentives.

According to bg.PlugSurfing.org, a Bulgarian online locator of electric vehicle charging stations, there are a total of such 14 points in Sofia.