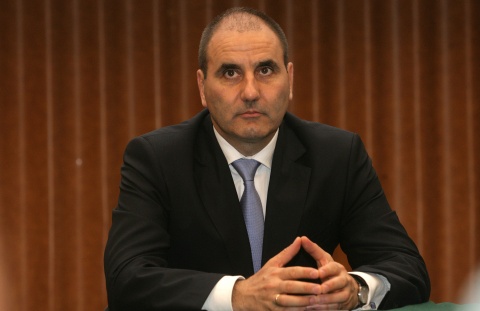 A recently busted prostitution ring in Bulgaria was also used to gather materials for blackmailing politicians, according to Bulgarian Minister of Interior Tsvetan Tsvetanov.

End of June, alleged Bulgarian mobster Anton Petrov aka "The Hamster" was arrested on accusations for organizing the prostitution network.

In an interview, Bulgarian Minister of Interior Tsvetanov said he had operational information that influential Bulgarian politicians had used the services of the prostitutes involved, but did not name names.

"This is one of the schemes used for blackmailing, and I know that in the past there were, and even at present there are, important politicians involved," said Tsvetanov.

"Regrettably during all those years politicians took advantage of organized crime, including extras like that," added he.

"When you are in power, you receive the support of those people. You begin to be a bit more liberal in your behavior, and you think everything is permitted," reflected Tsvetanov.

The Bulgarian Minister of Interior went on to re-affirm that the center-right GERB cabinet to which he is a vice-PM is firmly committed to rooting out organized crime from the country.