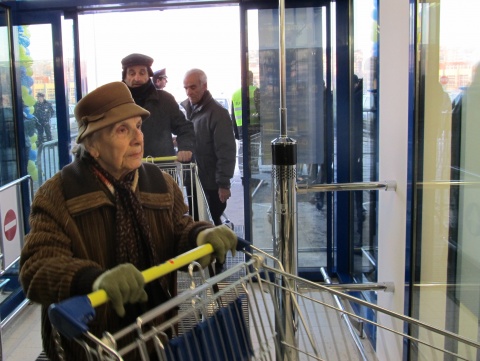 According to a study of WIIW, demand in Central and Eastern Europe will continue to shrink. File photo

Bulgaria will barely escape recession in 2012 over the effect of the Eurozone crisis and austerity measures across the EU, according to a report of the Vienna Institute for International Economic Studies, WIIW.

WIIW deals with in-depth information and analysis on the economies of Central and Eastern Europe.

The other countries from Central and Eastern Europe that will have Bulgaria's more optimistic fate are Romania and Montenegro, while six others will suffer recession, with economic growth slowing down in the entire region.

Economies of Bosnia and Herzegovina, the Czech Republic, Serbia, Croatia and Slovenia will shrink in 2012 with the largest decrease of 1.5% forecasted for the last two.

Experts from WIIW stress that the biggest and real threat for most countries in the region is the strict adherence to commitments of budget consolidation on the backdrop of weakening consumption and exports.

The shrinking demand on the part of importers from Western Europe will also have a negative effect on countries such as Russia, the Ukraine and Kazakhstan with dropping prices of steal, oil, and natural gas.