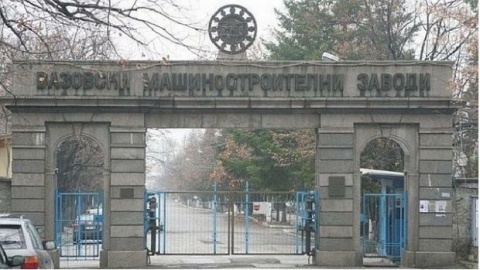 Workers and employees at VMZ Sopot, Bulgaria's largest defense industry plant, have started preparations for holding a general strike over their delayed salaries and the "lack of development perspectives", a syndicate announced.

The members of the Podkrepa ("Support) Labor Confederation at the still state-owned VMZ Sopot further insist on faster privatization of the company, transparent company finances, and initiative in procuring orders, in addition to a timetable for receiving their delayed payments.

The employees of VMZ, which is located in the town of Sopot in Central Bulgaria, have not received their payments on time in the past 1.5 years.

The syndicates have been insisting for a while that Bulgarian Economy Minister Delyan Dobrev approve a request for a company loan for the still state-owned arms producer so that the workers can get paid and the plant can purchase raw materials for its produce.

They also claim VMZ Sopot is not short of orders, and that it can be a successful producer, with the VMZ management doing everything necessary to request a company credit that has not received the Economy Minister's approval.

The troubled VMZ Sopot is the largest Bulgarian military plant, and has been expected to be privatized.

Candidates applying to buy VMZ Sopot will be eligible to bid for it if they demonstrate they have enough funds to cover its mounting debts, totaling some BGN 140 M, according to the strategy for the privatization of VMZ Sopot adopted by the Bulgarian Parliament in 2011, and the future owner  will not be allowed to lay off workers in the first three years after buying it.