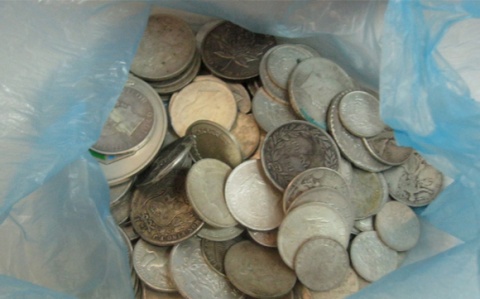 Bulgarian customs officers at the Malko Tarnovo checkpoint have seized a record shipment of 63 kilograms of silver. Photo by poligraff.net

Bulgarian customs officers at the Malko Tarnovo checkpoint on the border with Turkey have seized a record shipment of 63 kg of silver hidden in a car, the Customs Agency announced.

The illegal silver was found during a routine customs inspection of a Renault Megane with a Romanian registration plate.

The driver of the car was a 32-year-old Romanian national who said that he had nothing to declare.

During the car search, however, customs officers found a package of silver hidden in a cavity between the front seat and the pedals of the vehicle.

The customs officers at the Malko Tarnovo checkpoint found more silver hidden in other parts of the car,

The customs authorities suggest that the silver would have been smuggled into Turkey and sold on the black market, after which it would have been melted down to make silver jewels.

The Romanian national was detained under a ruling of the District Prosecutor's Office in Burgas, while the silver shipment and the car were confiscated for the benefit of the State.