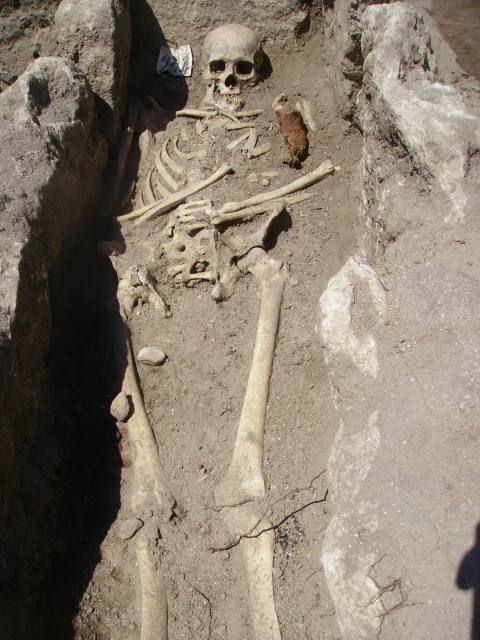 The Bulgarian government is planning to slate additional funding for archeological excavations on the southern Black Sea coast, according to Finance Minister, Simeon Djankov.

Djankov spoke during his visit of the Sarafovo archeological site neat the Black Sea city of Burgas.

Meanwhile, on Saturday, archeologists uncovered an ancient city district under Black Sea waters near the Akin cape in the vicinity of the town of Chernomorets. The digs there are part of the Via Pontica project, financed by the cabinet.

The skeleton of a buried man with an iron stick in his chest, found near the town of Sozopol, which became known as the Bulgarian vampire, is also part of this project.

The Council of Ministries will issue a decree to slate at least an additional BGN 150 000 for the digs near Sarafovo and Chernomorets, according to Djankov, who adds the later have yielded interesting finds only a week after excavations there started for the first time.